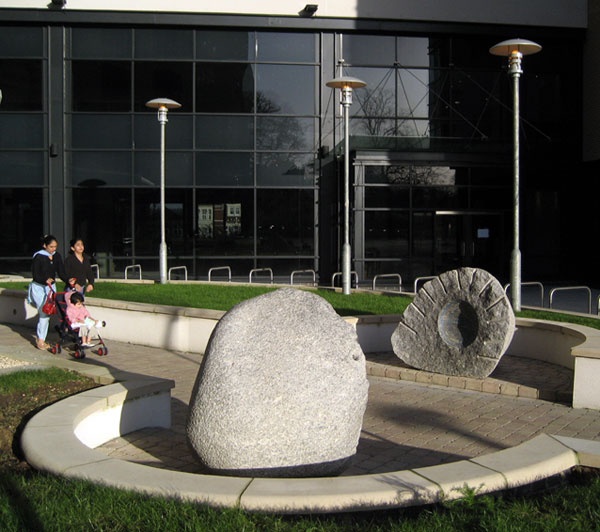 Brief: To acknowledge the diverse cultural mix using the pedestrian route across the plaza.

Charlotte Place lies on the main pedestrian link between the city center, its extensive parks and the old and culturally diverse St Mary’s area.
The Main focus of the plaza at the ‘park end’ is a ten-meter Sunflower seed pattern made of 45mm brass discs set into a specially designed Terrazzo background.
On either side of the path are two halves of a large split granite boulder, which is inlayed with a bronze and blue resin design.
In the pedestrian tunnel on the same axis hangs an 8-meter polished bronze tube emitting a crescent of bright light from either end.
The themes of Creation, light penetrating darkness and planetary alignment are explored by these various symbols.
The seed ‘growth’ pattern works as a striking image particularly from the surrounding high-rise Jury’s Hotel and offices but also has an interactive dimension as a teasing labyrinthine pattern at ground level.
The large shiny metallic circle echoes the dome of the Mosque nearby.
The patterns geometric principals are closely associated with both middle eastern and western design and mathematics and some bronze cast snail shells on the split stone echo’s the same geometric conundrum sometimes known as the Eye of God. 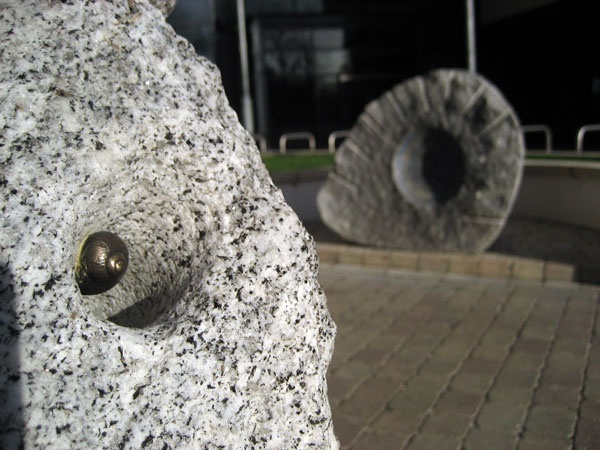 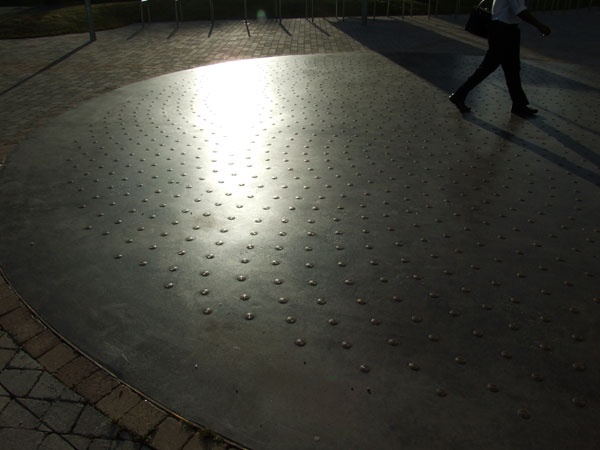 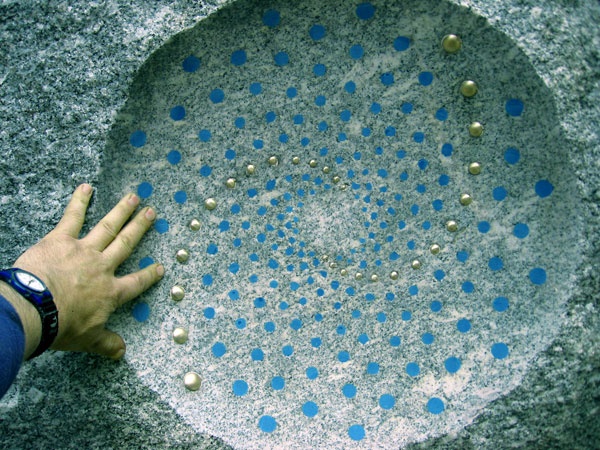 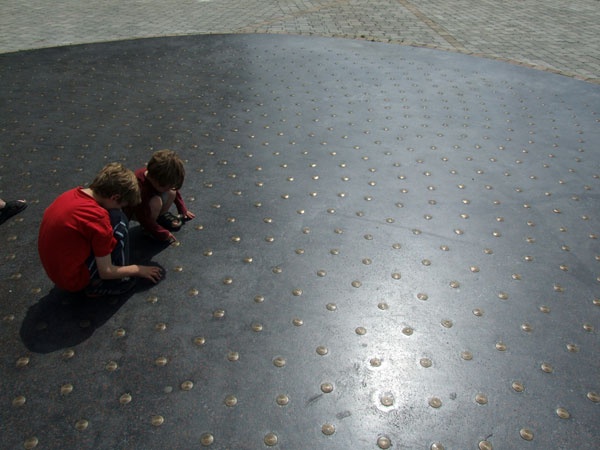 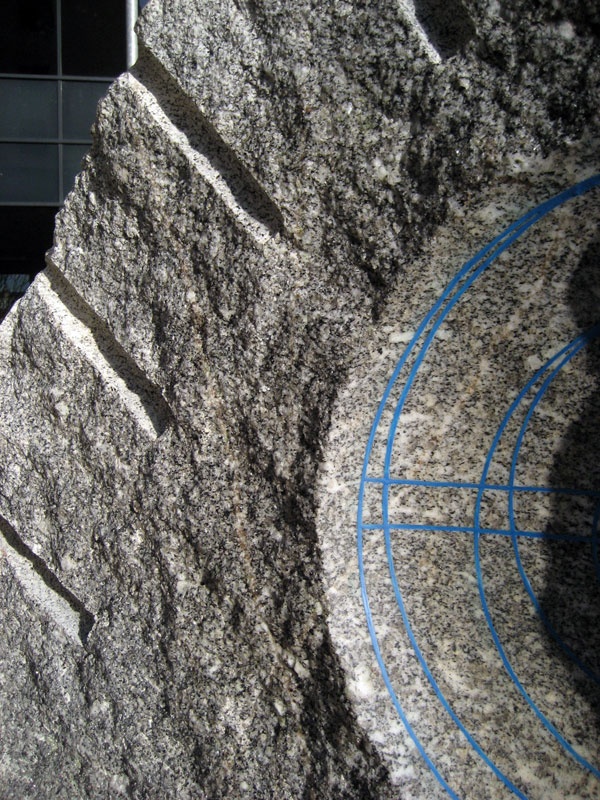 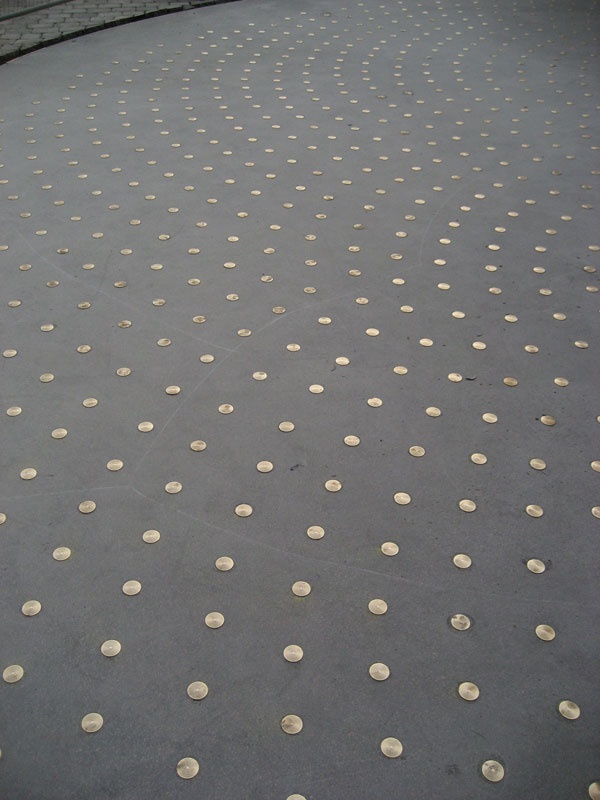